Thursday, we beat them again and this time bowled them out for under 200 with a great all round performance by the team with wickets for nunny in only her second england game in the best part of two years, plus wickets for Jenn in her 50th game on a gorgeous sunny day. Also with us was a world famous umpire, in town to do the mens game – felt rather sorry for the other umpire…! 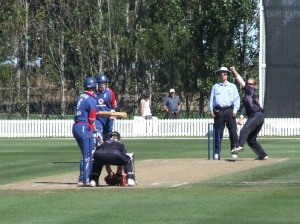 Mace to Tails past Billy

high fives all round 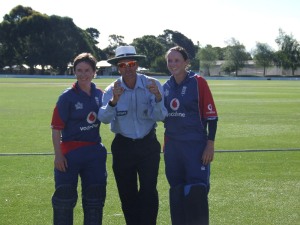 Tails and Shaggie plus Billy

The first of the two games was rained off, with the kiwis making a good score, but, perhaps fortunately the rain came before we had to try to defend their score. On the Monday however, we beat them to take the series 3-1 with Claire Taylor who made the highest one-day international score at Lord’s in 2006 being player of the series scoring over 200 runs in 4 games! Then it was time to leave Christchurch, which was hard as my time there had been good and memorable. Although I wasn’t likely to be feeling as bad as some of the players, who we had joined for the celebrations and commiserations the night before, but still tired – it’s harder work than it looks watching cricket! 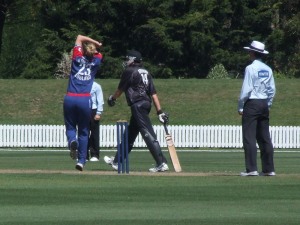 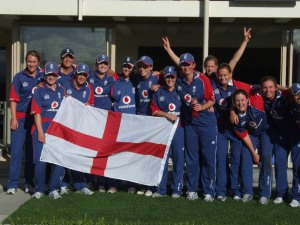