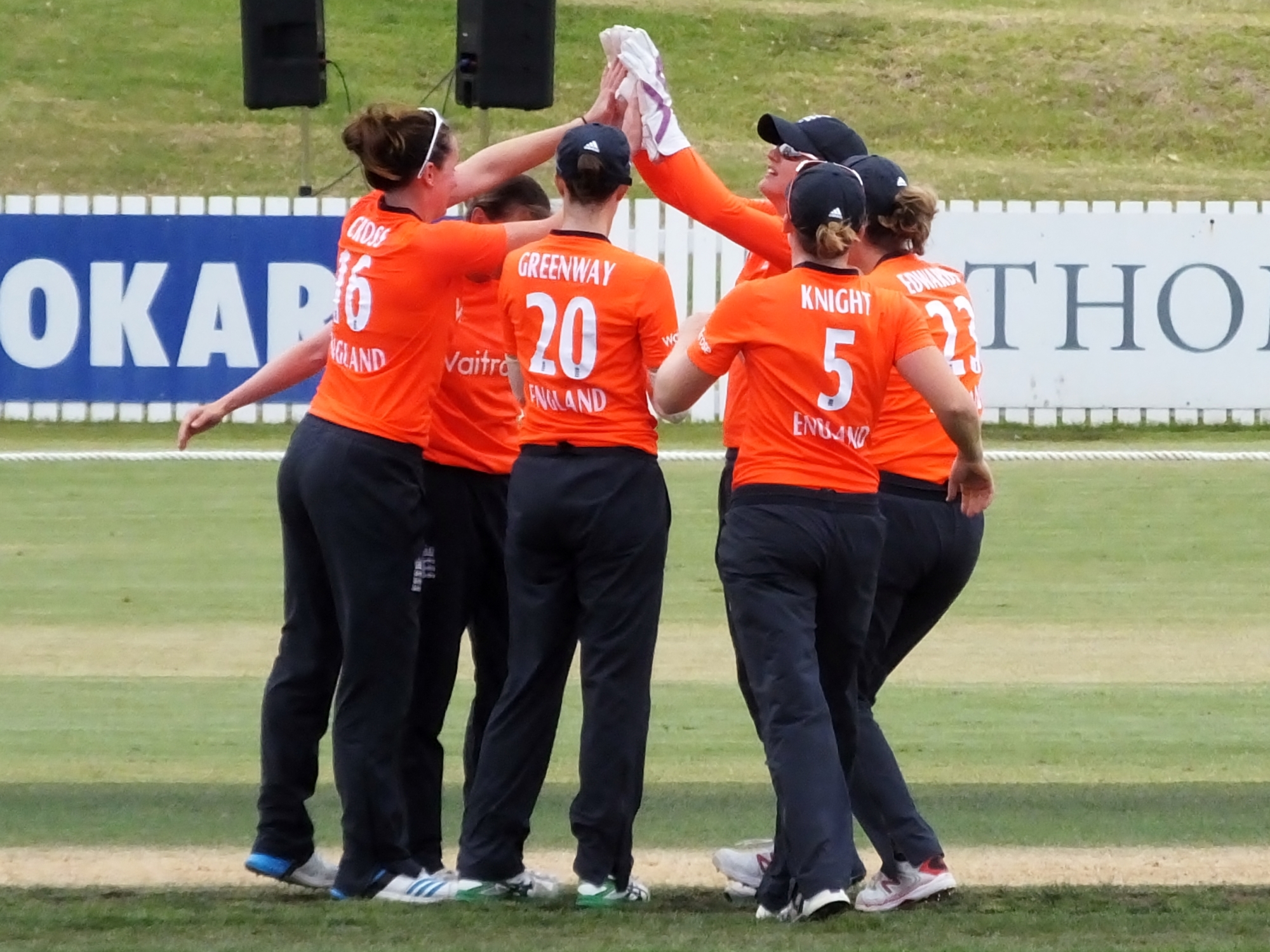 With their lowest ever NZ T20I score on Thursday meaning a shortened England run chase, it wasn’t really clear what good score on this new ground was, but the general consensus was that 120 was a minimum.

It was another warm day that got decidedly chilly and breezy later on (I know, no sympathy)!

England won their 4th toss of the tour and decided to have a bat, with Winfield getting most of the early strike and getting away, with Edwards getting frustrated at the other end, facing out a maiden and eventually falling for an eight ball duck at 21 for 1.

Taylor joined Winfield and for a while things moved on until 4 overs later Taylor tried to be a little too clever and just scooped the ball at keeper Priest, who caught the rebound.

Sciver joined Winfield and kept turning the strike over nicely, but just as the partnership was growing was bowled by Guy for 9, 66 for 3.

Greenway was in at 5 at played some lovely shots down the ground, at more than a run a ball as Winfield got bogged down at the other end, perhaps being restricted by the possibility of second T20 50 being shown by the scoreboard, which had mistakenly given two extras to her score – she fell to a Sattertwaite catch for what was actually 48 off 59, 86 for 4.

Knight came out and showed some late order impetus that had been needed, with some keen pressure running from Greenway, scoring 10 in her first over and scoring 20 off the last, again helped by keen running off the first ball to get 2 to leave her on strike to score a six and two fours as part of an over of 20, being run out going for the second run off the last ball. A only just respectable 122-5 was the score for the Kiwis to chase.

With fewer bowling options available to England than often, a few wayward balls and some strong hitting from Priest, they used four different bowlers in the first five overs, trying to find a breakthrough as NZ reached 32 without loss.

England had to wait until Kate Cross was brought back for the 10th over (her first went for 11 inc a no-ball, a wide and two boundaries) for the first wicket – Priest caught at long on by Knight for 41 off 33 balls including 8 boundaries, one of which was a maximum, and the back of the run chase was broken at 64 for 1.

Skipper Bates was the next wicket to fall, uncharacteristically quiet at the other end, 33 off 42 – 74-2.

There was a sniff of a chance when Marsh got through Sattertwaites defences for Taylor to take an easy stumping, Marsh who went for 11 from her first over, in her second game back, bringing a reduction in the scoring rate. But Devine was determined and along with Broadmore chased down England’s total with 4 balls to spare.